Rampant corruption, mismanagement of public funds and incompetence at Kenya’s Ministry of Health combined with a shortage of funds for health infrastructure harms the health and wellbeing of Kenya citizens. Revelations by Kenya’s president elicited public outcry following revelations about how the government loses Ksh. 2 billion ($20 million) daily. Kenya’s Cabinet Secretary for health lamented on mainstream media how junior staff defied transfer to other workstations away from the ministry’s main headquarters. Staying at the main headquarters enables them to receive bribes and kickbacks by serving as gatekeepers to select companies that inflate tenders and deliver substandard products and services. A cabinet secretary asserts total control on ministerial affairs and the insubordinations demonstrate the deeply entrenched impunity to serve personal rather than public interests.

Although the Kenyan government is ultimately responsible for its internal affairs, international agencies and non-governmental organizations should join hands to overcome the deficiencies in the Kenyan health care system caused by government fraud and avoidable inefficiencies. Local and international stakeholders must pressure the Kenyan government to address corruption and collaborate in creating solutions to Kenyan’s healthcare infrastructural problems. Focusing on eliminating corruption and other internal inefficiencies can help build the necessary infrastructure to meet Kenya’s healthcare needs today and in the future.

President Uhuru Kenyatta made damning revelations about how his government loses $20 million daily to unchecked corruption is not only disheartening but also an insult to Kenyan taxpayers grappling with the inadequacy of social services, especially healthcare. In a country where “healthcare costs push millions of Kenyans below the poverty line each year and further impoverish many more” according to the Catastrophic Expenditures and Impoverishment Report in Kenya report, loss of funds to mismanagement and corruption indicates an indifference to the plight of the common citizens and inexcusable greed. In the year 2020-2021, the Kenyan Treasury allocated an estimated $1.14 billion to the ministry of health which implies it takes two months for corruption to gobble up the entire government’s allocation for an estimated 50 million citizens. Pathetic! Take a moment and reflect on the impact prudent use of resources would create in Kenya’s healthcare sector. The civil movement and global bodies such as Transparency International consistently condemn Kenya’s corruption which is appalling. So dire is the situation that government officials and their cronies pilfered $400 million earmarked to fight the COVID pandemic. Kenya’s president ordered investigations and prosecution for culprits within 30 days yet a year and counting has lapsed without anyone being arrested for the loss of funds. Such loss of funds is damaging to Kenya’s and global aspirations to provide quality, affordable and accessible healthcare for all.

The United Nations 2030 Sustainable Developmental Goal No. 3 aspires to ensure healthy lives and promote well-being for all of all ages. Kenya is committed to these aspirations and, therefore, is obligated to spend available resources in efforts to attain universal health coverage and access to quality health care for its citizens. Local and international partners such as the United Nations must push for transparency and accountability in public expenditure to safeguard against Kenyans being left behind. International partners and donors sent more than $2 billion in aid to Kenya to fight the pandemic. A part of the funds cannot be accounted for. Pushing for transparency in the management of funds in Kenya safeguards not only the local taxes but also the international funds disbursed for specific purposes.

Endemic corruption in Kenya must end. Independent institutions such as the Ethics and Anti-Corruption Commission (EACC) and Assets Recovery Agency (ARA) created by Kenya’s Constitution to prosecute and recover proceeds of corruption respectively should do more. Open Society Foundation blames the capture of these supposedly independent institutions by Kenya’s executive as the main impediment towards an effective fight against corruption. Developed nations, NGOs, and relevant stakeholders need to keep applying pressure on the Kenyan government to go beyond naming corruption figures but to arrest and convict those found culpable in accordance with the law of the land. Corruption is both illegal and immoral. The Kenyan public needs action not the usual bellicose rhetoric as the country continues to hemorrhage funds to satisfy the greed of a few at the expense of the majority. It’s totally unacceptable and untenable! 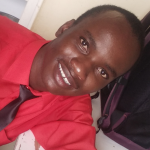 2021-12-03
Previous Post: The Pro-Life Apologetic Part 4: The Cultural Narrative
Next Post: The Facade that is MSI Reproductive Choices