A New Spin on Environmentalism: Save the Trees Kill the People 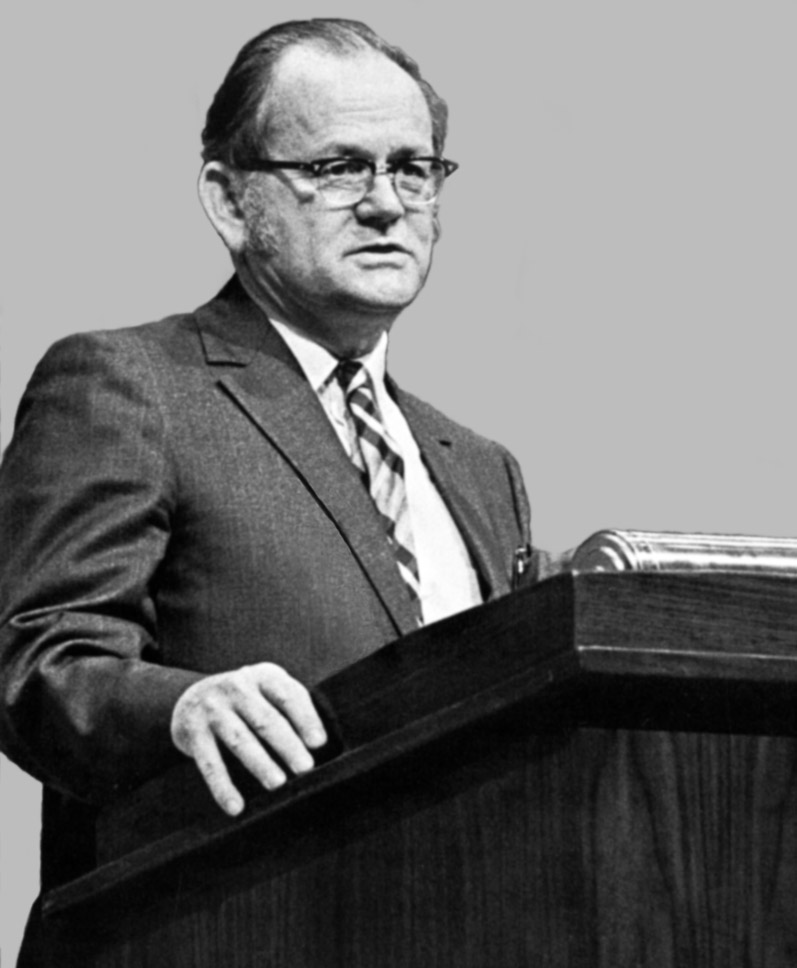 As depicted in the cartoon, four farmers find themselves unable to keep adding cows to the common because overpopulation depletes the resources of the land.  While the cartoon then seeks to compare humans to the farming situation, it does not propose a solution.  Hardin, when interviewed about his views proposes two solutions to the problem:  either reduce the American standard of living, or reduce the number of people living.

He claims that since there are no natural variables controlling population growth, the responsibility finds itself in the hands of the public interest, especially that of the then “Planned Parenthood-World Population Organization” (Science 1246).  He suggests “mutual coercion, mutually agreed upon by the majority of people affected” (Science 1247) as the means of guaranteeing the loss of the freedom to breed and “openly deny[ing] the validity of the Universal Declaration of Human Rights” (Science 1246), set forth by the UN in 1967.  “Freedom to breed,” Hardin reiterates, “will bring ruin to all” (Science 1248).  In other words, our rights to reproduce should merely not exist, and the decision to have children should rest on that of a governmental organization such as Planned Parenthood or the UNFPA.

Now you might ask, “what do the abrasive mutterings of some ecologist from the 60s have to do with the current state of affairs?”  Yesterday, I had the pleasure to attend my first meeting as a C-FAM Intern, at which Wendy Wright, the Interim Executive Director for C-FAM in New York, presented recent updates concerning the upcoming Rio+20 Summit from June 20-22 on Sustainable Development.  It seems Planned Parenthood is at it again, but how do reproductive rights relate to climate change?  Remember the two solutions Hardin proposes to fix this “Tragedy of the Commons”:  Planned Parenthood, an organization founded on a philosophy of death and characteristic of taking the quick-and-easy fix over a more difficult or longer approach, has chosen the solution to reduce the number of people over the solution of reducing the American standard of living.  The fewer the people in the world, the less overpopulation there is, and therefore the greater the sustainability of the earth.

Planned Parenthood disregards reducing the American standard of living or simply increasing our efficiency for the cheap and easy fix:  abortion, contraception, euthanasia, and sterilization.

Forced sterilization campaigns have been going on for years. In the 1990s, for example, UNFPA supported Fujimori’s forced sterilization programs in Peru:  systematic and brutal, the government invited rural Peruvian women to participate in “litigation festivals” turned sterilization clinics, in which they sterilized 300,000 women.

Reading this, you may feel inclined to do something.  Pope Benedict offers a solution:

Today the great gift of God’s Creation is exposed to serious dangers and lifestyles which can degrade it.  Environmental pollution is making particularly unsustainable the lives of the poor of the world … we must pledge ourselves to take care of creation and to share its resources in solidarity.

It is our duty as Catholics and Christians alike to protect this great environment God has given us.  Why take the easy way out and reduce the population size, when everyone can live in peace with better sustainable living techniques?  Whatever the case, St. Francis had it right in his Brother Sun and Sister Moon Canticle when he said, “Praised be You, my Lord with all your creatures“.

To follow in his footsteps towards Jesus, check out the link below to take the St. Francis Pledge.  As patrons of God’s creation (Gen. 2), we must daily reaffirm our promise of responsibility for this incredible world God has given us by respecting it not by destroying it!